By now, you have likely heard the news. Facebook is not happy with Apple, not happy at all. Why? Because Apple wants users to opt-in before their data can be tracked and/or collected.

More specifically, Apple’s iOS will, in March 2021, force apps to ask its users for permission if they want to use ad-tracking. It’s expected (given the bad rap that ‘tracking’ and Facebook tracking in general has) that most users will refuse, which will mean apps won’t be able to easily offer personalised ads. Ads that reflect user interests earn much more money for app developers than generic ‘blanket’ ads.

The change will significantly impact Facebook’s business model and bottom line, as the ads it carries in the app will be pretty much worthless. The social network claims, however, that it doesn’t have its own interests in mind… it is instead, “standing up for small businesses”… Hmmmmmmm.

Earlier this month, Facebook took out full-page ads in newspapers (yes, you read correctly, newspapers…) for two days slamming Apple’s move and contending that many small businesses would see revenue drastically reduced if it is implemented. Facebook is playing the card that they’re looking out for the little people and, they’re not, obviously.

So, Apple is doing the right thing, right? We don’t want people to use our data without our permission, right?

The truth is, both companies are misleading us.

Apple says it isn’t trying to prevent ad-tracking, but simply wants to provide its users with the choice. This is true and fair enough, but somewhat misleading, the wording Apple uses in its notifications makes ad-tracking sound much scarier than it really is, taking advantage of the bad rap it has.

Allow “Facebook” to track your activity across other companies’ apps and websites?

That wording sounds like Facebook is spying on them, so naturally, those that don’t know any better are going to refuse the permission. While Apple is in theory simply offering its users a choice, the reality is that it is effectively leading people to choose no.

The tracking system in question here – IDFA, or Identifier For Advertisers – was actually designed by Apple, and it very specifically prevents the tracking of identifiable individuals. All it does is simply record whether a particular device has shown a particular ad, and allows an advertiser to display its ads on devices which have visited particular types of websites. For example, browse a website about tennis, and you’re more likely to see an ad for tennis rackets and shoes than for garden lawnmowers. At no point does Facebook or anyone else for that matter, have any idea who you are because Apple ensured that in the way it designed IDFA.

Now, while Apple is being a little misleading, that’s nothing in comparison to Facebook. The social network is making the ridiculous claim that it’s looking out for the little man and acting to protect small businesses, not look after its own interests… nonsense!

We’re standing up to Apple for small businesses everywhere […] While limiting how personalized ads can be used does impact larger companies like us, these changes will be devastating to small businesses, adding to the many challenges they face right now. Small businesses deserve to be heard. We hear your concerns, and we stand with you.

I don’t believe there is a single person on the planet who has fallen for that nonsense.

On the face of it, the user wins and that’s what Apple wants. I believe Apple is doing the right thing here and perhaps forcing the likes of Facebook to do things differently/better is the best way forward. However, with the majority of users inevitably opting out of tracking, it could lead to Facebook, Instagram and all other social media networks/advertising platforms ‘blanket advertising’, much like TV and radio.

Most ‘tracking’ is harmless and as mentioned, doesn’t identify a specific individual. Instead, basic tracking can provide a tailored ad experience which is much more bearable and much less annoying than blanket advertising.

As it stands currently, the adverts users see on Facebook, Instagram and the likes should, for the most part, be relevant and of interest, this is because of the tracking. Without it, the ads users see could end up being completely irrelevant which will only annoy users and in turn, encourage them to leave the platforms.

As mentioned, when prompted to make the choice, it is predicted that only 10% of people will opt into tracking, so what does that 10% actually look like? Last year at this time, Tim Cook shared that Apple had 1.4 billion active devices in the wild with 900 million of those being iPhones. 10% of 900 million is 90000000, which is still a lot of people that will allow tracking.

The other thing to consider is, many of the App Store apps run on ad revenue. Cut the suitability of those ads, and that revenue is going to drop drastically. That means that businesses with apps on the store could also be harmed. Apple may be the most profitable company in the world, but they still want to make more money, so it’s incredibly unlikely they will handicap other businesses.

Smart Apps Can Build Trust with Users – all apps will have a chance to persuade users why they should allow tracking (unlike Apple’s Safari browser which blocks tracking by default). Savvy apps and companies that put time and effort into building trust will see a higher rate of “Allow”s than “Ask App Not to Track.” It won’t convert entirely, but if explained well, they will be able to increase ‘Allow’ numbers.

Be Prepared to Adapt – the changes are currently forecast for March 2021, so start thinking about your strategies now and how you may need to adapt when the changes occur. Apple may tweak things if they turn out to be detrimental for them and their partners, and Facebook will definitely work to ensure their customers can still spend money with them and see results. It may take a few months for the dust to settle. Plan your strategy now to work around the changes. Be smart and think about how you may reach Apple users elsewhere.

Top Tip – For Facebook ‘Conversion’ advertisers specifically, this change will make reporting very difficult which means adapting to ad performance is going to be hard. If you haven’t already, make use of the Facebook Conversion API as this should (for now) still be able to record conversions for you.

Don’t Forget the Global Market Share – there are more Android users worldwide than iOS. We talked about Apple’s market share above, but worldwide over 70% of smartphone users have an Android device. If you work with worldwide brands, it may be worth making some changes in the next few months to prepare for March. Once we’ve seen the effects, you can reassess.

There’s no denying that the changes will, for the short term at least, hit advertisers, agencies, and Facebook itself hard. With that said, Facebook and the likes ‘will find a way’ and hopefully this time, they’ll do it in a better, more open and less intrusive way.

This blog article was also published on our main website, Nous Digital. 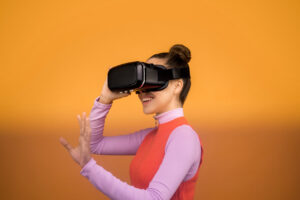 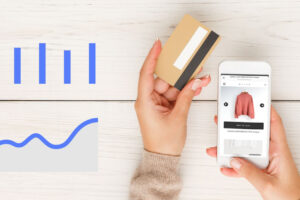